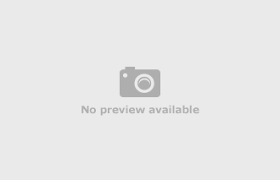 Comsis have just announced the introduction of a new wideband radio for the MimoKit II. The new radio comes in the form of an add-on module which plugs into one of the four mezzanine connectors of the MimoKit II motherboard.

The wideband module is based on the AD9361 Agile Radio Transceiver from Analog Devices. It can operate from less than 100 MHz up to 6 GHz, with a tunable channel bandwidth of up to 56 MHz. The excellent performance of the transceiver allows the implementation of very demanding modulations. A single module can be used to implement a 2×2 MIMO scheme, with TDD or FDD duplex modes. More information about the AD9361 Agile Radio Transceiver can be found directly on the website of Analog Devices.

«There are already many FPGA + wideband radio platforms out there on the market, under a common SDR denomination. A wideband radio is typically attached to a small to medium capacity Xilinx FPGA which does the acquisition and some basic sample-level tasks, and forwards raw data to PC through an USB link. Most of the signal and protocol processing is done by the PC. With the MimoKit II we’re doing quite the opposite: our Altera FPGA has a huge gate capacity, enourmous DSP capabilities, and undertakes most of the DSP and protocol processing jobs. The local microsystem is entirely dedicated to the application, and we have cut the cord to an external PC. This opens a whole world of new applications far beyond mere SDR in the lab.»

Historically, the MimoKit II was shipped with a 5 GHz radio ideally targetting Wi-Fi-like applications. With the new wideband radio, the advantages of the MimoKit II are retained – superior processing capability, standalone operation, I/O variety – and brought to an unprecedented level of flexibility in the RF operation.

The new wideband radio module for the MimoKit II is available now. It can be obtained in a bundle with a new MimoKit II motherboard, or can be ordered separately to upgrade an existing setup. Please use the contact details on the right for more information.